THERE ARE NO FAKES: Reviewed


Norval Morrisseau and the Shamanic Doors of Perception

THERE ARE NO FAKES: Stardreamer’s Review

Norval Morrisseau and the Shamanic Doors of Perception
5 stars

Its April 29 2019. We are here for our first taste of what I knew would be a mescaline trip of a documentary. Outside it was wet, windy, and wildly chaotic. Perfect conditions for yet another Morrisseau masterpiece to take centre stage. The buzz was electric with a full house of 500 plus at TIFF Bell Lightbox in Toronto. I wanted to sit in the second row-middle, right behind the infamous, John & Joan Goldi, but my ever-so-wise partner suggested elsewhere, so we landed in the last row in a sea of friends…. and the show began. 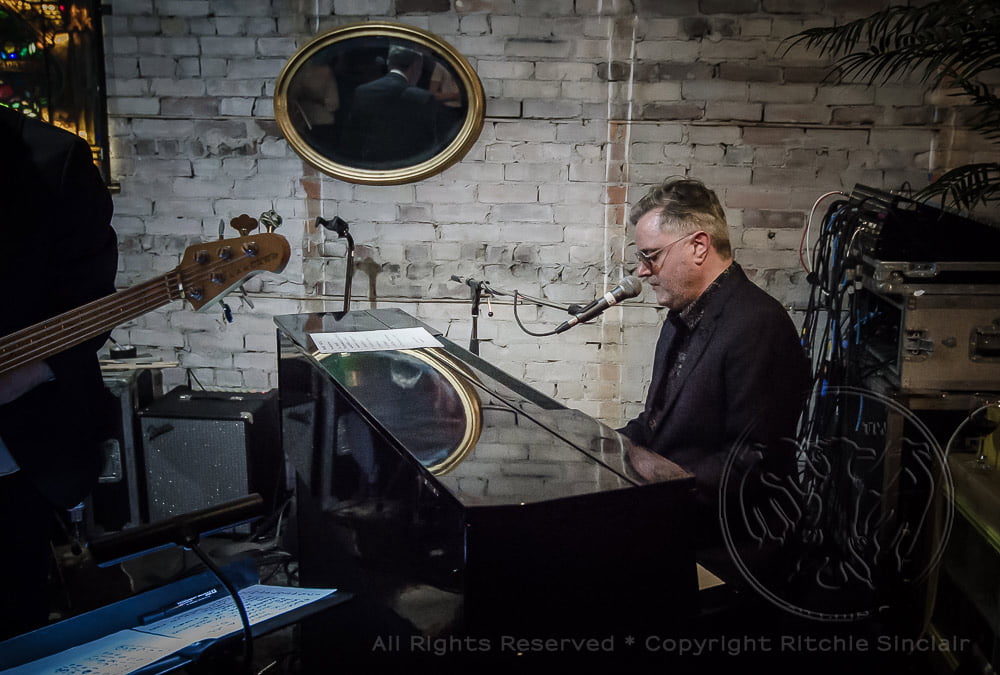 Kevin Hearn and Thin Buckle played music from the film’s soundtrack at the afterparty. Word is the soundtrack will soon be released as an album.

The soundtrack is a mosaic that swells, moves, surrounds and includes. It gets right into you. Kevin Hearn is brilliant. He is music, – and this is a two-act opera. The first act mesmerizes with colourful people in colourful places doing colourful things. Fake paintings. Real paintings. Fake people. Real People. Tall tales. True Stories. Morrisseau Myths? You decide. Now & then the charismatic writer/director/producer of the film, Jamie Kastner, pipes in to ask an intrusive question with Luke Skywalker-like persuasion, yet he does so like a bird greeting the morning. And he gets some revealing tweets back for his effort. Its really quite the symphony. Deft sound and visual editing dance and slither to sparkling voices. Together they craft a narrative that reveals the obvious to the viewer. There are fakes. Thousands of them, yet where did they come from?

Jim White of White Distribution has sold hundreds of purported Morrisseau paintings and prints since 2000.

Which brings us to Act 2: The Tunnel of Dove. While messianic mescaline has dazzled its now time to pay the piper. To discover the source of the paintings that have poisoned Morrisseau’s legacy we must travel to Thunder Bay. As the mood swings the entire structure of the film shifts. We enter into a claustrophobic underworld. Act 2 begins with cinematography of the scenery of Thunder Bay that is as breathtaking as it is ominous; foreshadowing at its finest. We are introduced to Gary Bruce Lamont, a Satan’s Choice biker, drug dealer and convicted serial predator, now in prison. Along with his wife Linda, Lamont fostered teenage Native boys at their camp where buildings had bars on the windows and padlocks on the doors. Here was Lamont’s forgery factory. The pace slows as we hear the true stories of survivors involved. In stark contrast to the feverish feuds in Toronto about questionable art here we experience the sweat, blood, toil and tears of Lamont’s factory workers who endured his horrors. I won’t tell you about Scott Dove. Go see the movie.

Jamie Kastner’s documentary entices us to glimpse through shamanic doors. Step through any one door and you enter into a twilight zone that only a grand shaman could concoct. This film is about heroes. Kevin Hearn is a white knight. If only I were King I’d knight dozens of others who’ve fought in the Morrisseau wars too. Together little people exposed big crimes that law enforcement and government haven’t been willing or able to. Now the truth is out there. We all see it. The stain on Canada will not go away, so let’s deal with it together.

The film ended and I was toast. What an ordeal just to watch. We all gathered at The Lodge on Queen St. for a party featuring Kevin with his band. They were sizzling. They say that what doesn’t kill you makes you stronger and I feel stronger today then I have in a long time.

Oh! and FYI… Just 10 minutes into the film HOTDocs kicked John & Joan Goldi out for allegedly persisting with filming the movie from the front row after being told not to by staff. Justice is a beautiful thing when it works. 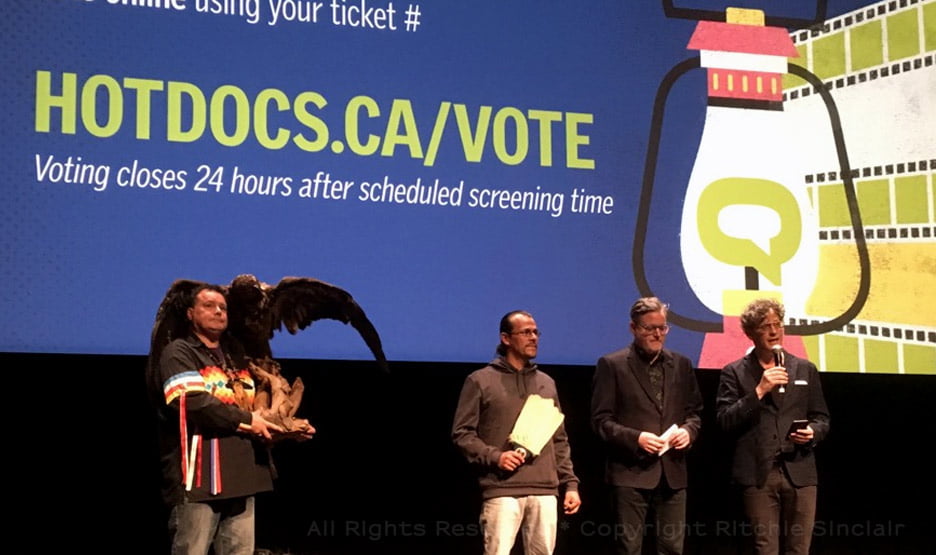 Mark Anthony jacobson, Dallas Thompson, Kevin Hearn and Jamie Kastner share a sacred moment with the audience after the World Premiere of There Are No Fakes at Hotdocs on April 29 2019 in Toronto.

There are No Fakes (Trailer)

Ritchie 'Stardreamer' Sinclair has been exploring the arts, primarily painting, all his life. His artistic effort is both a personal approach to Spirit and ideally a source of inspiration to others. As a founding member of Norval Morrisseau’s Thunder­bird School, Ritchie is also an authorized teacher and proponent of the Shamanistic Arts. To view his recent work visit www.twinflamesart.com

Designer Clothing by Brona & Ritchie Artwear | Made in Canada

Type and press Enter to search