The Goddess in Me!

$6.8K – Please contact the gallery to inquire about purchasing this painting.

Part of the Vibrational Goddess series of paintings. A celebration of a woman’s magical love powers within. The painting started as a smudge of orange fluorescent paint on a piece of canvas. I had no clue what I was going to do with it so I cast it aside for a year or so…. until one day in need of a canvas and something to create I pulled it out again and finished the background. I still had no idea where it was heading so I just let it flow. The vibrational lines on top floated in and as I gave it another look a woman figure appeared at the bottom. And thus the goddess was born. The Vortex has an added magic woven into it. Since the background is painted using mostly fluorescent colors it lights up beautifully under ultraviolet light. Brona

“You are my pure vessel, the goddess that brings out the god in me. I pour my love and appreciation into you for the thrill of witnessing your cup overflow into a world sorely in need of your offerings. You are sweet sanctuary and freedom to me” 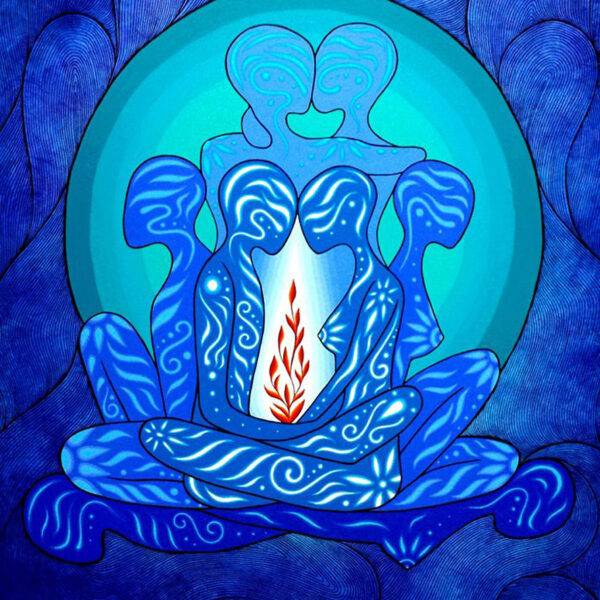 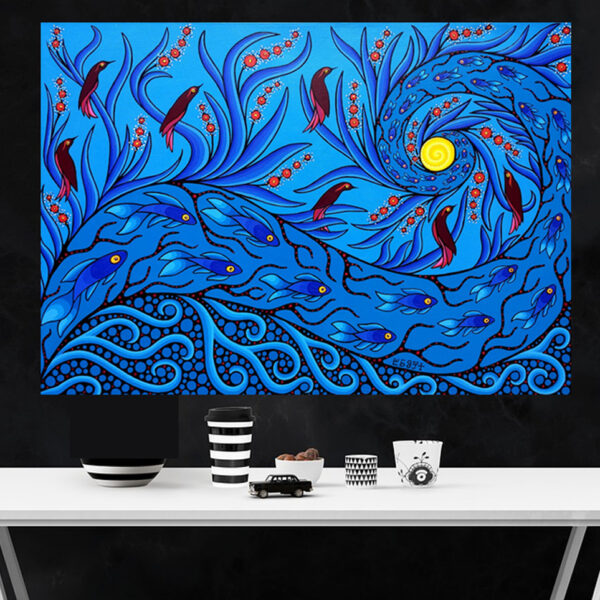 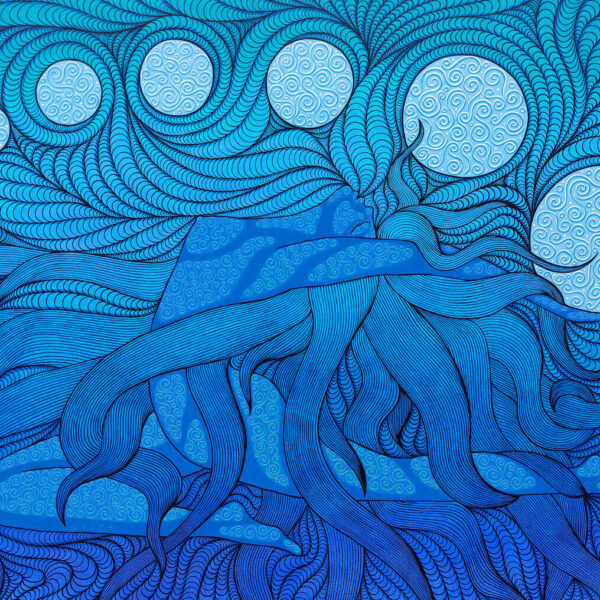 Born of the Stardust | Brona Wingell